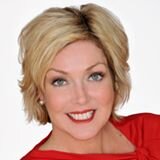 The leading advocacy organization for Maryland’s tourism industry, MTC is a non-profit membership association that represents the state’s tourism industry and supports the efforts of the Maryland Office of Tourism Development.

Roche will administer day-to-day operations for the organization, which includes managing all communications activities, growing membership, and lobbying local, county and state officials on behalf of the tourism industry.

“Wini brings a passion for tourism and a love for all things Maryland,” says MTC Chairman Kevin Atticks, founder of Grow & Fortify. “We are confident that she is the right person to help us move our organization forward.”

Originally from Cambridge, Maryland, Roche has more than 20 years of experience as an award-winning destination marketing professional and grassroots tourism advocate. She served as tourism director in Dorchester County from 1994-2001 and was instrumental in the continuing revitalization of this Chesapeake town. She was a founder of Sailwinds Park and worked with local and state lawmakers to bring the waterfront development project to fruition, including the multi-million dollar visitor center, the public park, and event space.

She also helped galvanize the Dorchester County community around the concept of heritage tourism and began the planning process that has led to the county’s designation as a Certified Heritage Area and resulted in the Underground Railroad Network to Freedom scenic by-way and Harriet Tubman State Park.

Roche later moved to the northern part of the Bay where she created a tourism program for the City of Havre de Grace and established the town as a destination for weddings and leisure travel. In 2006, she became the tourism and marketing manager for Harford County Government and brought the county notoriety with the “Harford County Love it!” campaign and her popular video blog series, “Where’s Wini?”

She worked to increase local tourism funding and helped secure a local lodging tax that would be dedicated to tourism marketing activities. She led the charge to create Visit Harford!, a conference and visitors bureau that would become a public-private partnership and would ultimately be funded with revenue from the hotel tax.

She also served a term on the gubernatorial-appointed Maryland Tourism Development Board and was a board member of the Maryland Tourism Coalition for more than 13 years where she volunteered to promote awareness of the tourism industry through the Tourism Works for Maryland Campaign. She was the organizer of Tourism Day in Annapolis since 2010 where hundreds of industry leaders convene in Annapolis during the General Assembly Session to meet with elected leaders and heighten the awareness of the tourism industry.

“Tourism makes a difference in the lives of Marylanders” says Wini Roche. “I look forward to all the ways we can make that difference even greater.”